They've seemingly abandoned idol singing entirely, instead substituting for screaming, growling and other things assuredly well-known to the metalhead readers. I must say, not bad growling for Japanese girls. Not quite Gallhammer level yet, but pretty damn good. Musically it's a death metal/metalcore type thing with techno bits added in (sounds like it was written by Blood Stain Child, actually), but done right this could be the most interesting thing to occur in idoldom for a while. Shame they beat Babymetal to the screaming though, I was looking forward to Su-metal letting out a Varg-esque wail.

Even so, the fact that this is being released on Avex makes me wonder if I was wrong about them all along. I assumed they were a "trendy" label that released all the urban flavoured stuff, and jumped on the idol bandwagon with Super Girls (and later signing SKE) when it looked profitable. Not counting TGS and Sweets and that lot because Avex have a history of putting out dance-and-vocal units like that. But that Avex either encourage (or just don't try to stop) BiS to release such utter insanity means that they're either attempting to promote a shakeup of the Japanese music industry, or they just don't give a shit about BiS (which often happens when indie groups get a major label deal, get given a massive advance and then spend months in a studio producing something more massive in scale than anything the genre's seen before, when all the label were expecting was a single).

But anyway, BiS' new album is out near the end of October. If this is any indication it might (might...) just end up being my top idol album of the year (not that it has much competition, unless Momoclo decide to release one).

Speaking of my albums of the year, at the moment in the provisional top 15 there's only one idol album, so I expect to be lynched in my annual year-end post on Luscious Idolicious... On the other hand I get to recommend some epic music that people probably haven't been listening to. It's fun to convert metalheads and prognerds to idols, but I find turning idol fans to metalheads and prognerds rather harder. Maybe this year I'll succeed.

And on that tangential note I depart.
Posted by Krv at 11:37 No comments:

Tags: BiS, J-music, The All and Everything of Metalheads

So, in case you've been hiding under a rock these past few days you will have seen that Momusu have a new member, the only 11th gen member, Oda Sakura. She's from Kanagawa, is 13, was an Egg (or Kenshuusei, as they're now calling them), and can sing passably well. Given the relative lack of vocal talent in the group since Aichan and Gaki's departures I suppose it's a given that they added a girl who could at least hold a tune.

First thought when I heard a girl had been announced was "I hope she's not another soulless bugger." So I watched her introduction video thing. First impression was that she looked as if she'd been hit with a frying pan. A rather hot frying pan. After that I decided I was being a bit cruel, and that instead she looked like a garden gnome. Then I realised, meh, she looks like a goblin. 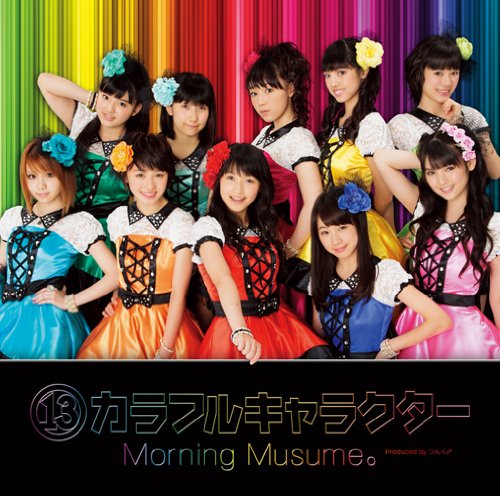 Preamble: Well, the cover is certainly colourful, though the rainbow is a bit screwy. Nothing else really to note on the cover.